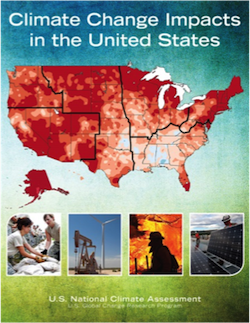 The NCA is the official US Federal Government report on climate for our nation, mandated by the Global Change Research Act of 1990, and vetted by 13 Federal Departments and Agencies and the Executive Office of the President. The assessment is an ongoing compilation of the state of knowledge about climate change for the United States. A written report is produced every four years, and this is the third such report.

Watch the archive of the White House event marking the release of the report, at 2 PM ET.

What’s the Big Deal about yet another Climate Change report?

It's a treasure trove of information and graphics about Climate Change in the United States!

The Report focuses on the United States exclusively, and 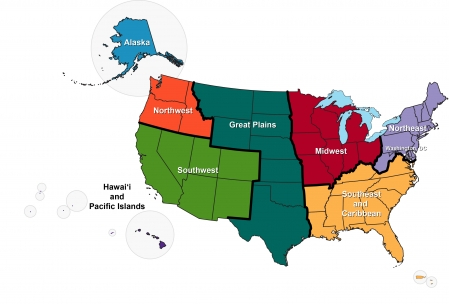 The Assessment is Much More Than a Report

The 2013 NCA report and the process underlying its assembly will set the stage for more comprehensive assessments and a sustained assessment process. It is envisioned as an ongoing effort, rather than a periodic report-writing activity, and will focus considerable attention on building long-term partnerships with organizations in both the public and private sectors and on establishing a strong stakeholder engagement process throughout the development, production, and release of NCA products. 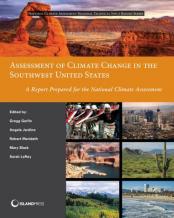 In addition to the final report, you can access the free Regional and Sectoral Input Reports that informed the NCA Report. These were published by Island Press and are available to read online or to download as pdfs.

One very active area of partnering is in education and outreach. There are many national, regional and local groups working to help spread the word about the findings of the NCA (including ETS). These groups have many activities planned for the next several months, most of which are open to anyone. Several groups are partnering to develop excellent resources for formal and informal educators that will augment the NCA report, including short videos of leading authors talking about their chapters and some first hand accounts from people who are already being impacted by climate change. We will point you to these resources as they become available. 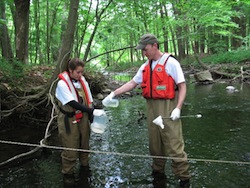 The NCA is also working with scientists from various agencies to establish consistent methods (Indicators) for evaluating climate impacts in the US in the context of broader global change.  Proposed indicators include measures of streamflow, lake ice, dissolved oxygen, snowmelt runoff, grazing livestock numbers, disaster and emergency declarations by FEMA, fossil and industrial CO2 emissions, and more. These indicators will be broadly available, continually updated, and cross-linked to the regions and sectors in the NCA report. So, if you need new information for instance on trends in lake ice, snowmelt or CO2 emissions, you will have a ready resource from which to obtain them. The indicators will be piloted later this year, finalized one year later, and re-evaluated as new research warrants.

US Federal Government Departments and Agencies that approve the report