In a Science magazine article released March 8, 2013, researchers provide a more detailed and accurate look at climate change from the most recent ice age to the present. The authors claim that today’s global temperature is warmer than 90% of the time since the last ice age, and that it is warming at a rate that is unprecedented for at least the past 11,000 years.  This is essentially a new, longer and more detailed hockey stick diagram, and it is generating a lot of interest. 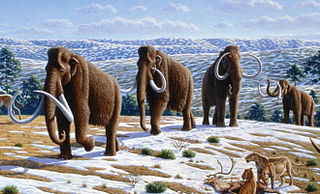 The authors, Shaun Marcott, Jeremy Shakun, Peter Clark, and Alan Mix, used various proxy data from 73 sites around the world to develop a new record of the Earth’s average surface temperature over the last 11,000 years. The authors examined the variability of temperature, and the pace at which global temperatures have changed. They found ~0.6°C of gradual warming over thousands of years, from the early Holocene (11,300 yr B.P.) to 9500, when temperatures stabilized and remained warm until 5500 yr B.P.  After this period of warm climate, there followed a long-term 0.7°C cooling from 5500 to ~100 yr BP, which includes the “Little Ice Age.”  Over just the last 100 years there was a sharp increase in global temperature. The authors state, “Global temperature, therefore, has risen from near the coldest to the warmest levels of the Holocene within the past century, reversing the long-term cooling trend that began ~5000 yr B.P. “

The data show that the world has indeed been warmer than at present. However, they state that  pace of the warming trend we are now experiencing is incredibly fast. The paper also discusses some of the reasons for the climate variability of the past (changes in the amount of sunlight hitting Earth, volcanic activity, etc.).

A popular article about this work, including a very interesting interview with Shakun, can be read in the NY Times, at

The original scientific article and an Editor’s Summary is at